The Countdown Is On 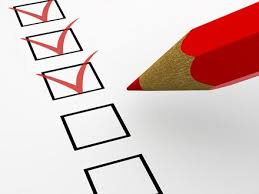 Another set of block exams are complete, and like one of my friends mentioned: The best part of blocks are when they are over!!  That couldn't be more true.  Whether the results were good, bad, or indifferent--they are over with and it's time to start fresh.  This isn't our first time at the rodeo but the anxiety that comes along with exams has not lessened very much for me over the past 3 semesters.  I've come to accept that it probably never will.  All we can do is prepare as much as possible, try to get regular rest to allow the mental consolidation process take place, and then go in and give it our best effort...and don't change your answers without 100% certainty that you are changing it to the correct choice.  Yeah, I'm still working on this one.  I can kick myself for a couple of these blunders but the lesson I learned is that those will be mistakes that I never plan to make again.

We covered sooooo much information in the past 4 weeks--Cardiac, Pulmonary, & Pediatric Pathology; Male and Female Reproduction including Pregnancy, Childbirth & Lactation; Endocrine Physiology; and discussed the characteristics of more microorganisms than I ever knew existed to cause bacterial and viral Meningitis, Exanthems (aka rashes), Soft Tissue & Skin infections, Conjunctivitis, Kerato-conjunctivitis, and Retino/Chorioretinitis. The one that still gives me the willies is a Loa loa which is a worm that lives and travels under your skin if infected but can migrate to your eye.  Ewww, your eye!  Of all the gross things we've seen so far (yes there are some infections/conditions that have been pretty disgusting), this is one that makes me want to turn away when I see pictures and think about it being in someone's eye--yikes!  It's not oozy, bloody, scabby, scaly, open, gangrenous, or filled with pus BUT the thought of that thing being in my eye gives me a shiver every time.  If you don't believe me, go to Dr. Google and do an image search for Loa loa/eye worm...didn't it creep you out too???  Ok, I'm done skeeving you out for the day.

We have Block 4 exams in 4 weeks and final exams in 5 weeks from today.  The semester will be over in a flash.  There's still an endless amount of information to be digested in these next 5 weeks but we can do it!  The idea of almost 2 weeks of pure relaxation is enough motivation to keep pushing me forward.

With so much work to be done the last few weeks there wasn't much time to explore so unfortunately I don't have anything new or exciting to share about life on the island this time around.  Hope you got enough of a dose of school to hold you over =)


Posted by Paradise Med at 8:49 PM No comments:


I never thought I would miss home or my family and friends as much as I've been missing them lately.  Technology has allowed us to remain connected but FaceTime and Google Hangouts doesn't always cut it.  I was really in need of those hugs from my mom and the time in the shade just talking with my dad.  The semester is stressful, there's a lot of work, even less time and the stakes are only getting higher.  All things school was getting to be a bit much and I needed to get away from it for a minute.  So after 6 lectures in one day, I had enough!  I purchased a plane ticket leaving out in less than 24hours.  Just the thought of getting to see my family put the biggest smile on my face for the rest of the day.
After yet another Med Micro Quiz on Friday afternoon, I headed to the Princess Juliana Airport and got off the island I've grown to love.  It took everything in me not to tell my family I was coming home.  I'm not often surprised but I love surprising other people.  This was going to be the ultimate shock for them and I knew it.
After a connection in Charlotte and a cab ride once I got into Philly, I was ringing the doorbell at my parents house.  Utter shock and disbelief on their faces was an understatement.  They didn't think it was really me!  My dad wasn't even sure if he should open the door because there was no way it could really be me.  They knew they were just texting me "in St. Maarten"...not quite.  They were definitely surprised  as was everyone else who happened to see me over the course of the next day.  In celebration of July 4th, the neighbors were having a block party (does everyone know what that is?) and most of our immediate family and friends came by to visit.  That stunned look and even a few tears were repeated over and over throughout the day.  It really was priceless.
As happy as my family and friends were to lay eyes on me, I was even more excited to see them.  They helped to refill my cup with the love, support and confidence I need to finish strong in these last 6 weeks of the semester.
Thanks guys for pouring into my spirit.  You have no idea how much it helped!  No matter how old you are or how many responsibilities you accumulate in life, there really is no place like home!  I'm already looking forward to the next time I click my heels and end up with you again. 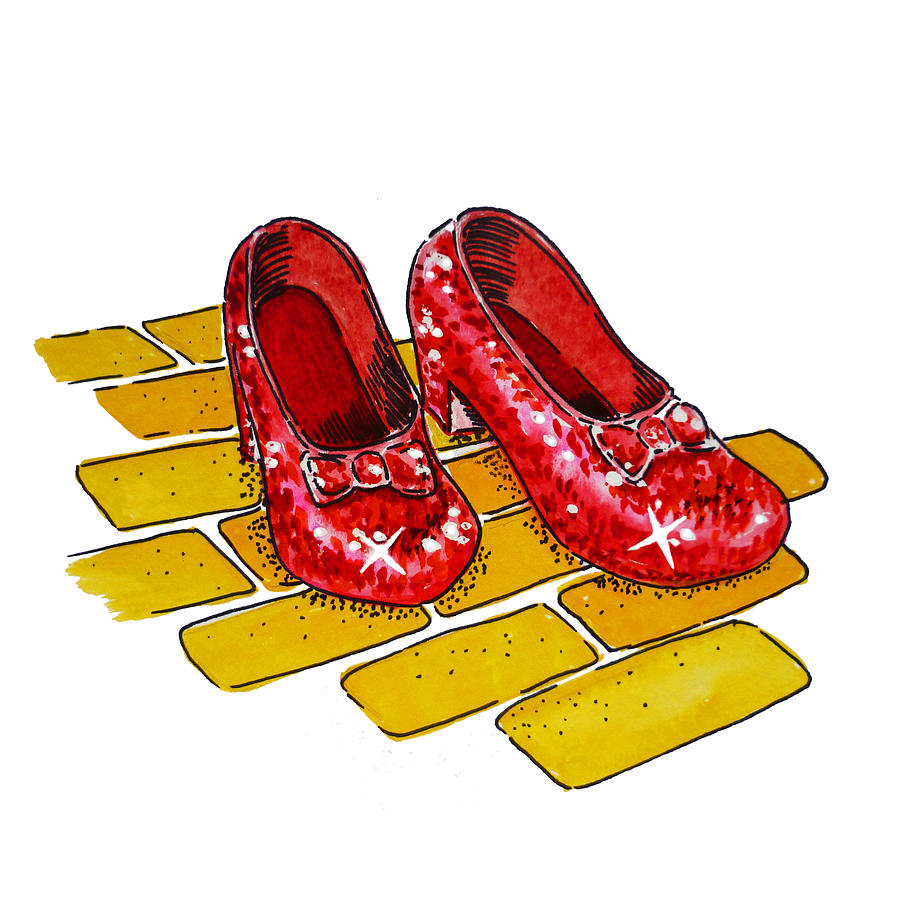 Until next time...
Posted by Paradise Med at 1:45 PM 3 comments: Links to this post

July 1, 2014 is Emancipation Day! Slavery in St. Maarten unofficially ended back in 1848. The French abolished slavery and once slaves on the Dutch side of the island found out about it, they escaped to that side of the island.  In order to prevent an even larger revolt the slave owners on the Dutch side of the island freely released their slaves and began paying them wages for their work.  On paper, slavery wasn't officially abolished in the Dutch West Indies until 1863.  Learning about slavery in yet another location is just as difficult as learning about it in America.  There are some nice monumental tributes to the contributions of slaves in St. Maarten.   Here's one in the heart of town... 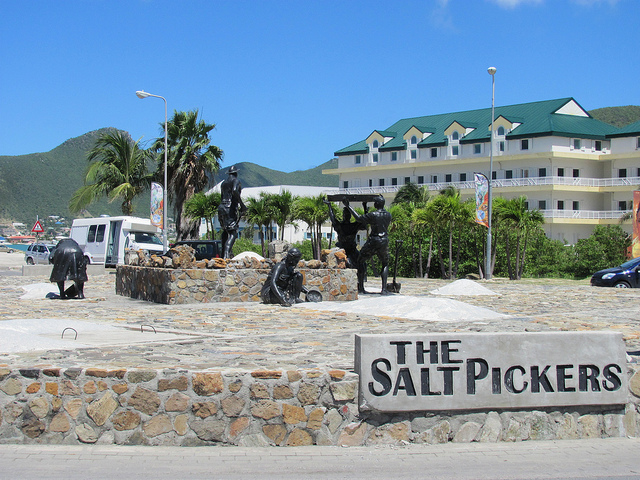 Note: Slaves weren't the only people who worked in the salt ponds but they were a huge part of the labor.

We had our Emancipation Day celebration after a few hours of studying; because as you probably realize there aren't truly any days off around here.  We had the next session in the Strategic Information Management program that I'm participating in.  I don't even know what the program is really called but it's a series of seminars and exercises to help us hone our critical thinking, data management and focused activity skills.  The goal is to help us enhance our decision making processes and test taking skills by teaching us tools and techniques to learn with intention to systematically process and manage the extreme volume of information we are presented with.  The program has been proven to help high ranking CEO's, politicians, leaders, and top doctors enhance their professional performance.  The goal is to help us become better students in the short term and ultimately better physicians.  I'm willing to do whatever it takes to help me be a better student and physician; even if it means giving up every "day off" to attend another session.  No pain, no gain.

Thankfully, the day wasn't a total wasted day off.  There was some down time involved, yay!  I went with a few friends to see "Think Like a Man Too" in the local theater.  That was one funny movie!  We laughed the entire time.  It was a nice break from the norm.  We also went to my new favorite restaurant, Crave, for appetizers and dessert.  My first time at Crave was Friday for a friends' birthday dinner.  When I say the food was amazing, that's an understatement!!!  Have you ever had food that was so yummy that's all you thought about for a few days?  I'm a foodie so I definitely have.  After the Friday night experience, I came home and searched for some of the recipes so that I could try to reproduce the dishes myself.  I've never made Persian food before but it was just that good that I'm willing to try it out!

I promise this won't turn into a food blog/review site but I really love to eat and appreciate a good dining experience.  That's what I do for fun.  I like to try new restaurants and St. Maarten has something for just about every desire.  So while we're talking about food, there's another restaurant we went to for yet another birthday celebration last week--Bamboo Bernie's.  It's a sushi restaurant that has a few other things on the menu but their specialty is fresh sushi.  Let me say this: I am not a sushi girl.  Never have been.  It's hard for me to get past the idea of eating raw fish.  However, I'm trying to expand my palate so I agreed to go to this place first semester because that's where my friends wanted to go.  I enjoyed my first real Sushi experience.  We had a few different rolls that all contained cooked fish of some sort.  I've been back a few times and on one visit a bartender begged me to try "real sushi"...aka the raw stuff.  It didn't go over so well.  I think it was more of a texture thing than the taste.  Yeah I'm weird like that.  Can't describe it, but I didn't like it.  This last visit I ordered my tried and true Volcano Roll, a Lobster Roll and Veggie Tempura Roll.  YUM!  I didn't know what the new rolls would taste like, but I was pleasantly surprised!  I would definitely order them again.  Jumbo lobster, they couldn't fail with that one and the Veggie Roll was delish as well.  I may have even liked it more than the Volcano Roll that has been my favorite since the first visit.  I'm guessing sushi isn't so bad after all =)

I'll be sure to bore you guys with some school related stuff next time.
Hope all is well in your part of the world.  Until next time...
Posted by Paradise Med at 10:30 PM 1 comment: Links to this post